The first two days of training are on us!

Silver FC's offers 2-4 practices a week year round. Players are encouraged to attend as many practices as they can.

Players on teams need to attend at least two practices a week to maintain their skill level and stamina, as well as gaining valuable training time with their team mates. 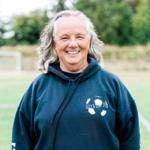 Coaching a GU13 team at Harbor years ago, I had the coaches from University of Puget Sound come in to run 6 weeks of training for my girls. One training each week. I was allowed to walk among the girls, take notes, video drills, ask questions, all to enhance my coaching abilities as they worked with my girls.

15 minutes into the first training, Randy Hanson, Head Coach, called me over. He told me that the main problem with my team was no discipline. I needed to step up the discipline as I ran trainings and my expectations needed to be higher for a select team. I nodded, having no idea what he wanted but told him I would observe and learn. He proceeded to rip my girls apart. They ended the session in tears with his expectations. He talked to them at the end, gave them expectations of themselves to their team and selves. He talked to them about the possibility of playing for a high school, a college, any higher level of play and what they needed to do to have that happen.

Now, until that time, neither myself nor those players had any type of expectation like that. He went on to give them a list of self-expectations and team expectations. They nodded, showing excitement that anyone would think they could become college players.

I spent 6 weeks learning from both Randy and the keeper coach, Kelly Bendixon, enjoying every expectation they taught us. The girls became a different type of team and players after that. I changed many things about how I coached.

Many of the actual skills we teach at Silver FC stem from the many times I have invited others to participate in my teams’ trainings. Randy and Kelly were two of the first. I have had National Men’s team players come run small weekly camps. I have had the Kitsap Puma’s keepers and players run camps for the players. Cliff McGrath, who developed the Northwest Soccer Camp on Whidbey Island, has been instrumental in some of the coaching I use.